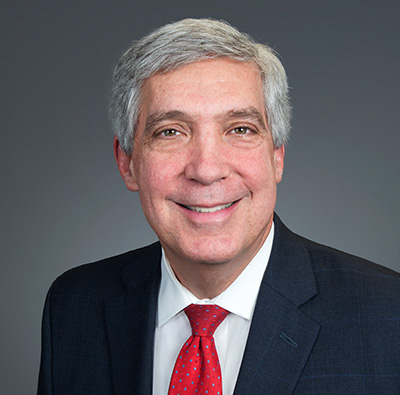 Bob has been in private practice for over thirty years. He has represented businesses across the United States. He works in all industries and with companies that are leaders in their own industry, as well as with developing companies. As a counselor, he aggressively solves client personnel issues using common sense and thirty years of experience. As new laws emerge, Brody and Associates uses courage and experience to anticipate what these laws mean and what steps are needed to maintain compliance. Every month, Brody and Associates shares these insights among clients and friends with its legal monthly updates. When counsel isn’t enough, Bob has represented clients across the country before civil rights agencies, Wage and Hour Tribunals, States Attorneys General offices, many State Departments of Labor, and of course state and federal courts.

Super Lawyers®, a Thomson Reuters business, is a rating service of outstanding lawyers from more than 70 practice areas who have attained a high degree of peer recognition and professional achievement. Selections are made using a multiphase process that includes a statewide survey of lawyers, an independent research evaluation of candidates and peer reviews by practice area. The result is a credible, comprehensive, and diverse listing of exceptional attorneys.  More information about the selection process can be found here.

In 2018, Bob was selected by the Connecticut Law Tribune to receive an award for “Best Mentor” at the Tribune’s fourth annual Professional Excellence Awards.

Bob is an AV® rated lawyer, which is the highest rating awarded by Martindale-Hubbell™, a national directory of attorneys. The “AV”® rating represents “Very high to preeminent” status, and is awarded based upon peer review. Bob has held this status for over a decade.  More information about the selection process can be found here.

Board of Trustees of Temple Israel, Westport